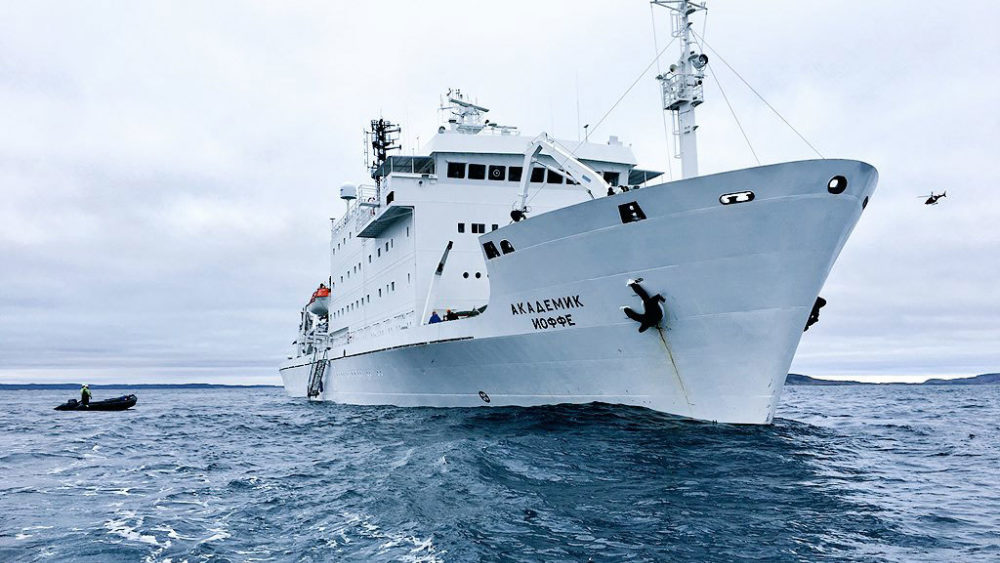 The Akademik Loffe after running aground on a shoal in the Canadian Arctic on August 24. Donglai Gong

Gatineau, Québec  — In its investigation report (M18C0225) released on the 2018 grounding of the passenger vessel Akademik Ioffe, the Transportation Safety Board of Canada (TSB) determined that there are unique risks associated with operating in the Canadian Arctic. And as such, the Board issued a recommendation for the development and implementation of mandatory mitigation measures in order to ensure the safety of passenger vessels, and to protect the vulnerable Arctic environment.

On 24 August 2018, the passenger vessel Akademik Ioffe, with 102 passengers and 61 crew and expedition members on board, ran aground near the Astronomical Society Islands, 78 nautical miles north-northwest of Kugaaruk, Nunavut. Multiple search and rescue assets from both the Canadian Armed Forces and Canadian Coast Guard were tasked to assist the distressed vessel.

The vessel self-refloated with the flooding tide later that day, and passengers were evacuated and transferred to another passenger vessel the next day. The vessel sustained serious damage to its hull: two ballast water tanks and two fuel oil bunker tanks were breached and took on water. Approximately 81 L of the vessel’s fuel oil was released in the environment. No injuries were reported.

The investigation determined that the Akademik Ioffe was sailing through narrows in a remote area of the Canadian Arctic where none of the vessel crew had ever been, and which was not surveyed to modern hydrographic standards. Since the navigation charts did not show any shoals or other navigational hazards, the bridge team considered the narrows safe; and despite a note to mariners indicating that the information used to establish water depths was of a reconnaissance nature, they did not implement any additional precautions or add extra personnel to the watch. Consequently, with the officer of the watch multitasking, and the helmsman busy steering the vessel, the steady decrease of the under-keel water depth went unnoticed for more than four minutes because the echo sounders’ low water depth alarms had been turned off. 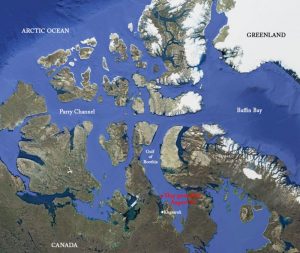 The investigation also found that passenger safety operations did not meet some of the SOLAS Convention (International Convention for the Safety of Life at Sea, 1974) requirements. For example, safety briefings were carried out more than 12 hours following the vessel’s departure, while the requirements state that newly-embarked passengers must undergo safety briefings and musters before or immediately upon vessel departure. Additionally, expedition staff were informally tasked to coordinate passenger safety during the voyage, and provided the safety briefing to passengers on behalf of the vessel’s crew.  The SOLAS Convention also requires that passenger vessels like the Akademik Ioffe have in place a decision support system (DSS) to manage all foreseeable emergency situations that may occur on board. The investigation determined that the DSS on board the Akademik Ioffe did not include emergency procedures for the vessel touching bottom or running aground.

Since 1996, there have been three groundings of passenger vessels and one of a chartered yacht in the Canadian Arctic. TSB investigations into three of these found that deficiencies in voyage planning or execution were significant contributing factors. This investigation noted that operating in the Canadian Arctic poses unique risks, as passenger vessels are often navigating in areas that are not charted to modern standards in a harsh climate, with limited local search and rescue resources. Given these risks, it is critical that operators of passenger-carrying vessels operating in the Canadian Arctic adopt additional mitigation strategies to address them.

Transport Canada and Fisheries and Oceans Canada, combined, have the regulatory mandate to implement various risk mitigation measures to reduce the likelihood and consequences of a passenger vessel running aground in Arctic waters. Therefore, until the coastal waters surrounding the Canadian Arctic Archipelago are adequately charted, and if alternate mitigation measures are not put in place, there is a persistent risk that vessels could make unforeseen contact with the sea bottom, putting passengers, crew and the environment at risk. This is why the Board is recommending that the Department of Transport, in collaboration with the Department of Fisheries and Oceans, develops and implements mandatory risk mitigation measures for all passenger vessels operating in Canadian Arctic coastal waters.