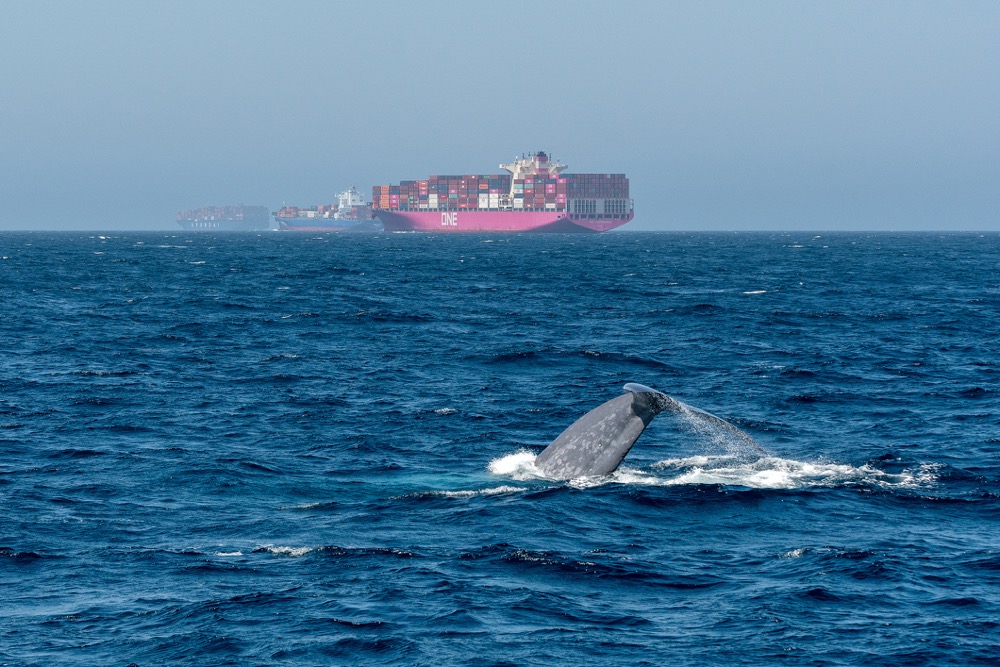 The International Chamber of Shipping (ICS) has encouraged the global shipping industry to take more action to reduce the risk of harm to endangered whale species.

This is an issue that the shipping industry takes seriously and has resulted in the implementation of measures that aim to prevent collisions between whales and ships, from reducing vessel speed and rerouting to engaging stakeholders to raise further awareness.

Guy Platten, ICS Secretary General, commented: “Whales are a vulnerable and endangered species. The ocean is their home, and we must make sure that international shipping activities are mindful of their presence. It is really positive to see our members working with NGOs on initiatives that address this serious issue. There is always more that can be done.”

Significant steps have already been taken by the industry to help protect marine mammals. This includes areas around the world where speed limits apply to vessels, such as the St Lawrence River in Canada and the Gibraltar straits. There is also guidance on ‘Particularly Sensitive Sea Areas’ which provide caution to mariners on ‘whale avoidance’. Shipowners are encouraged to follow the relevant national and international guidance.

The German Shipowners’ Association (VDR) announced this past summer its support of two whale protection initiatives by the NGOs OceanCare and the International Fund for Animal Welfare (IFAW). Both initiatives aim to protect whales by rerouting ships to avoid areas at high risk of collisions. The OceanCare initiative aims to protect sperm whales in the Eastern Mediterranean, and the IFAW initiative aims to protect blue whales in the coastal waters off the southern tip of Sri Lanka.

“After having been approached by the NGOs asking for our support of both their initiatives, we eagerly embraced the NGOs’ proposal and discussed it with our members,” said Dr Martin Kröger, Chief Executive Officer of the VDR. “The feedback has unambiguously indicated that we are all happy to take minor diversions to protect the whales there.”

The VDR’s more than 150 member companies have now been officially asked to reroute their ships to avoid these critical whale habitats. Christian Naegeli, the VDR’s Marine Advisor on Maritime Safety, Nautical & Technical Affairs, and the Environment, added: “There are possibilities to bypass the whales’ habitats by just a few nautical miles in both places – safely, legally, and without much extra effort or expense.”

Nicolas Entrup, Director of International Relations at OceanCare, said: “Re-routing saves whales’ lives and we truly appreciate the steps taken by VDR, but also shipping companies themselves, such as MSC Mediterranean Shipping Company. The science-based approach to identify important marine mammal areas such as the Hellenic Trench and the waters south of Sri Lanka allows the shipping sector to take action, but also provides guidance to policy makers”.

The IFAW and OceanCare initiative complement the initiative of the World Shipping Council and the ICS at the International Maritime Organization (IMO), to move the Traffic Separation Scheme off the southern tip of Sri Lanka further offshore to reduce the risk of collisions between ships and whale species. The IMO has been working with lawmakers and professional associations, including ICS, to update its guidelines on the protection of whales. Shipping companies have been putting guidance into practice. MSC Mediterranean Shipping Company this year became the largest shipping company to reroute shipping lanes in the Mediterranean and Sri Lanka, areas known as hotspots for whale activity. The modifications were made following advice from scientists in the maritime sector.

Stefania Lallai, Vice President Sustainability at MSC Mediterranean Shipping Company, said: “We believe that the commercial shipping sector has an important role to play in reducing the risk of ship collisions with whales through re-routing, speed reduction and other measures. By keeping away from certain zones where the most vulnerable endangered whales are present, we can help play our part in protecting marine wildlife and preserving ecosystems, always following the advice of scientists and assessing navigation safety in advance. “We believe that raising awareness of these issues and encouraging collaboration between industry, scientific bodies, civil society and governments is essential as we strive collectively to do more to minimise the risk of ship strikes.”

The impact of ship induced underwater radiated noise on marine mammals has also been an area of concern. Noise caused by shipping can disrupt whales’ ability to navigate underwater, leading to difficulty finding food and communicating with each other. Reducing vessel speeds not only reduces the likelihood of ships striking whales, it has a beneficial effect on the level of underwater noise. (Dreamstime photo of blue whale breaching near vessels off the coast of California).