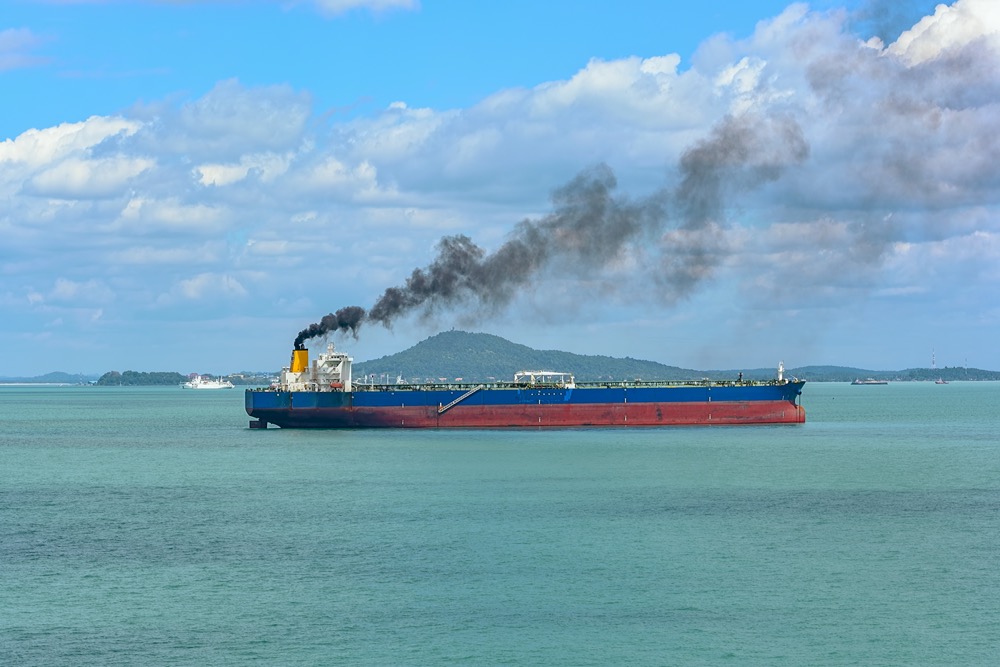 London, September 6 – The global trade association for ship operators, the International Chamber of Shipping, (ICS) has put forward a comprehensive proposal for a global levy on carbon emissions from ships, in what would be a first for any industrial sector.

ICS, which represents the world’s national shipowner associations and more than 80% of the merchant fleet, presented a submission to the UN on Friday, calling for an internationally accepted market-based measure to accelerate the uptake and deployment of zero-carbon fuels. The submission is presented ahead of the scheduled UN Climate Change Conference (UNFCCC-COP 26) taking place Nov. 1-12 in Glasgow, Scotland.

According to papers handed to the International Maritime Organisation (IMO), the UN’s regulatory body on shipping, the levy would be based on mandatory contributions by ships trading globally, exceeding 5,000 gross tonnage, for each tonne of CO2 emitted. The money would go into an ‘IMO Climate Fund’ which, as well as closing the price gap between zero-carbon and conventional fuels, would be used to deploy the bunkering infrastructure required in ports throughout the world to supply fuels such as hydrogen and ammonia, ensuring consistency in the industry’s green transition for both developed and developing economies.

Shipping is responsible for approximately 2% of global carbon emissions and the IMO has recognised the need for urgent action to decarbonise. The industry is desperate to see zero-carbon ships brought to the water by shipyards by 2030. However, at current rates of production, zero-carbon fuels are not commercially available at the scale needed for the global fleet. The carbon levy is intended to expedite the creation of a market that makes zero emission shipping viable.

The Fund would calculate the climate contributions to be made by ships, collect the contributions, and give evidence they have been made. ICS hopes that it would also support new bunkering infrastructure, so that new fuels, when developed, can be made available globally and from as many ports as possible. To minimise any burden on UN Member States and ensure the rapid establishment of the carbon levy, the framework proposed by industry would utilise the mechanism already proposed by governments for a separate USD 5 billion R&D Fund to accelerate the development of zero-carbon technologies, which the UN IMO is scheduled to approve at a critical meeting in November immediately following COP 26.

Guy Platten, secretary general of ICS, commented:“What shipping needs is a truly global market-based measure like this that will reduce the price gap between zero-carbon fuels and conventional fuels.The rapid development of such a mechanism is now a vital necessity if governments are to match actions with rhetoric and demonstrate continued leadership for the decarbonisation of shipping.

“There’s no question that improvements in technology can enable the transition to zero-emission shipping. However, huge leaps must still be taken if we’re to achieve the readiness levels needed for deployment at scale. This includes building the necessary infrastructure to support such as transition.

« We need to be able to put zero emission ships in the water by 2030 without challenging price and safety issues. If the IMO lends it’s backing to our proposal, then we may yet be able to change this and deploy technologies economically and equitably.”

ICS believes that a mandatory global levy based MBM is strongly preferable over any unilateral, regional application of MBMs to international shipping, such as that proposed by the European Commission which wishes to extend the EU Emissions Trading System to international shipping. A piecemeal approach to MBMs, (the EU ETS will only apply to about 7.5% of global shipping emissions), will ultimately fail to reduce global emissions from international shipping to the extent required by the Paris Agreement, whilst significantly complicating the conduct of maritime trade.

The levy based MBM, which is co-sponsored by the trade association for bulk carrier operators, INTERCARGO, comes in addition to an industry and government proposed $5bn R&D fund. The R&D fund, of a mandatory $2 levy per tonne on marine fuel, would be used entirely to fund the research and development of alternative zero-carbon fuels and propulsion systems. ICS has called for this fund to be approved at an upcoming pivotal meeting of the IMO in November this year. (Photo Dreamstime)