Hyundai said that the vessels, which are the first two in a series of four ships of the same design, were dubbed HL Eco and HL Green, boasted great eco-friendliness as its names suggested.

With a length of 292 metres, a breadth of 45 metres these vessels will also become the first large LNG-fueled vessels to travel an international route that covers South Korea.

The ships are designed to achieve a 99 per cent reduction in emissions of sulphur oxides (SOx) and particulate matter (PM), up to 85 per cent in nitrogen oxides (NOx), and 30 per cent in greenhouse gas (GHG), compared to the levels of the existing ships.

Each ship is equipped with two such LNG fuel tanks, which can provide enough energy to heat 3,300 homes for an entire year. The tanks are composed of 9 per cent nickel steel, which exhibits excellent fracture toughness even at cryogenic temperatures required for LNG storage.

For stable material supplies and market expansion, HSHI and POSCO worked together to improve material quality and meet IMO standards. As a result, the duo was able to apply domestically produced nickel steel to the vessels, which until now was usually applied only to domestic land-based LNG storage facilities.

Over the period of 2018 and 2019, H-Line Shipping has requested HSHI to construct a total of four ships of the same design to respond to the IMO 2020 regulation requirements. 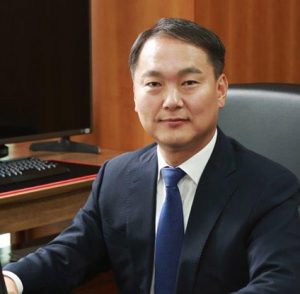 With HL Eco and HL Green scheduled for delivery by the end of this month and the other two by end-March 2022, each of the four vessels will make about 10 round trips a year between Korea and Australia.

« We have built the largest number and varieties of ships operating on LNG among the Korean shipyards, » said Kim Hyung Kwan, CEO of HSHI. « Building on these pioneering successes, we will strive to provide a clear reason for more shipowners to opt for LNG-fueled ships as a measure to meet the IMO 2020 regulation requirements. »