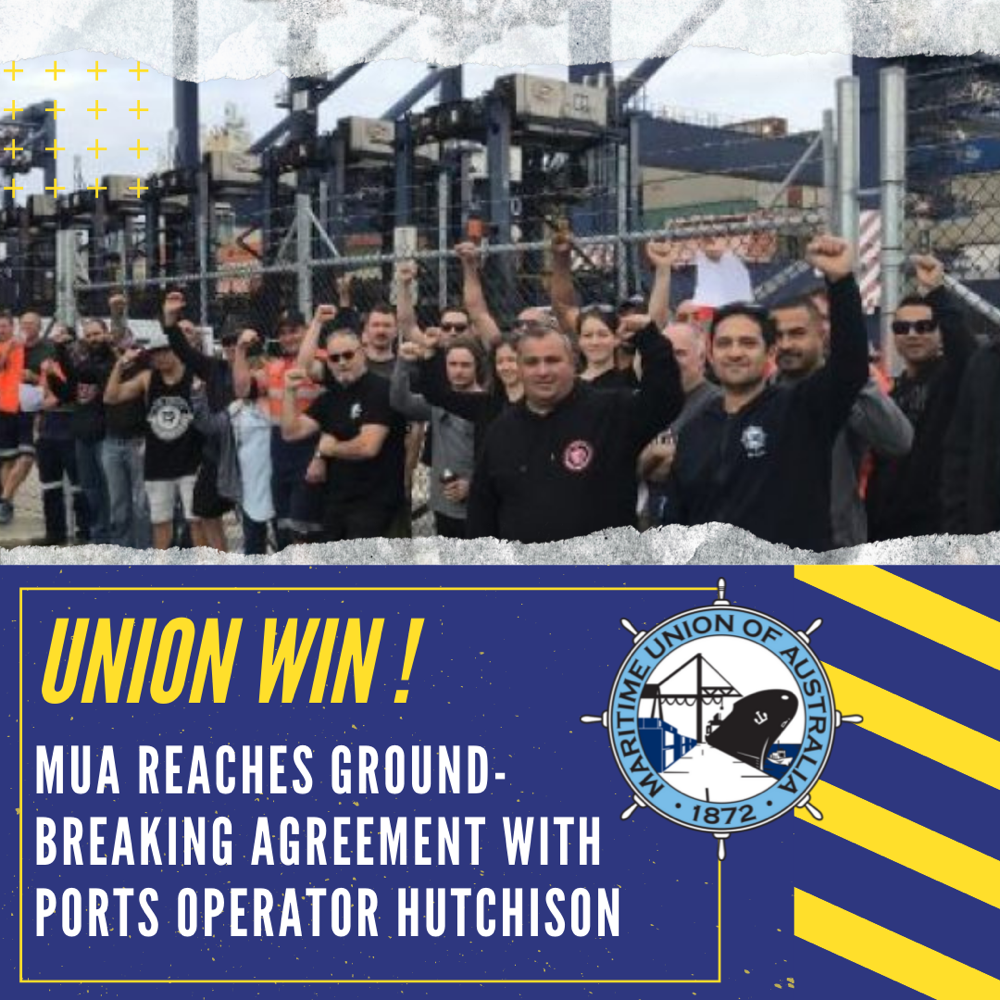 After three years of negotiations, the Maritime Union of Australia has reached a ground-breaking workplace agreement with the world’s largest stevedoring company, setting a new industry standard at container terminals in Sydney and Brisbane.

Workers will receive five 2.5 per cent wage increases over the four year agreement once certified by the Fair Work Commission.

The agreement with Hutchison Ports Australia will see the introduction of 20 days paid domestic violence leave, the creation of permanent rosters, and the addition of a clause that gives the workforce the ability to find alternatives to redundancies in the event of an economic downturn.

MUA Deputy National Secretary Warren Smith said the negotiations had been among the hardest seen in the industry.

“This agreement will see job security strengthened at the terminals, with protection against job losses due to the implementation of automation, technology and contractors, along with a move to address insecure work with a cap on casual employees and an emphasis on rostered permanents and guarantee workers,” Mr Smith said.

“This agreement not only brings to an end three years of hard-fought negotiations, it sets new industry standards, not only for Australia, but around the world.

“The introduction of 20 days paid domestic violence leave is a significant victory that will reduce the financial hardship suffered by people dealing with the challenges of violence in the home.

“Nothing in this agreement was handed to us. It took three years of unwavering determination and united action from members at the Sydney and Brisbane terminals to achieve this victory.

“These negotiations were among the hardest ever seen in our industry, with new claims from management threatening to derail discussions right until the end, but despite all these obstacles we have managed to achieve a ground-breaking agreement.

“We could not have achieved this outcome without the sacrifices of MUA members who were united in exercising their lawful right to undertake industrial action in defence of a fair agreement.

“Nothing was given to us for free, and while negotiators spent countless hours working towards this outcome it was made possible by the efforts of every rank and file member at Hutchison.”