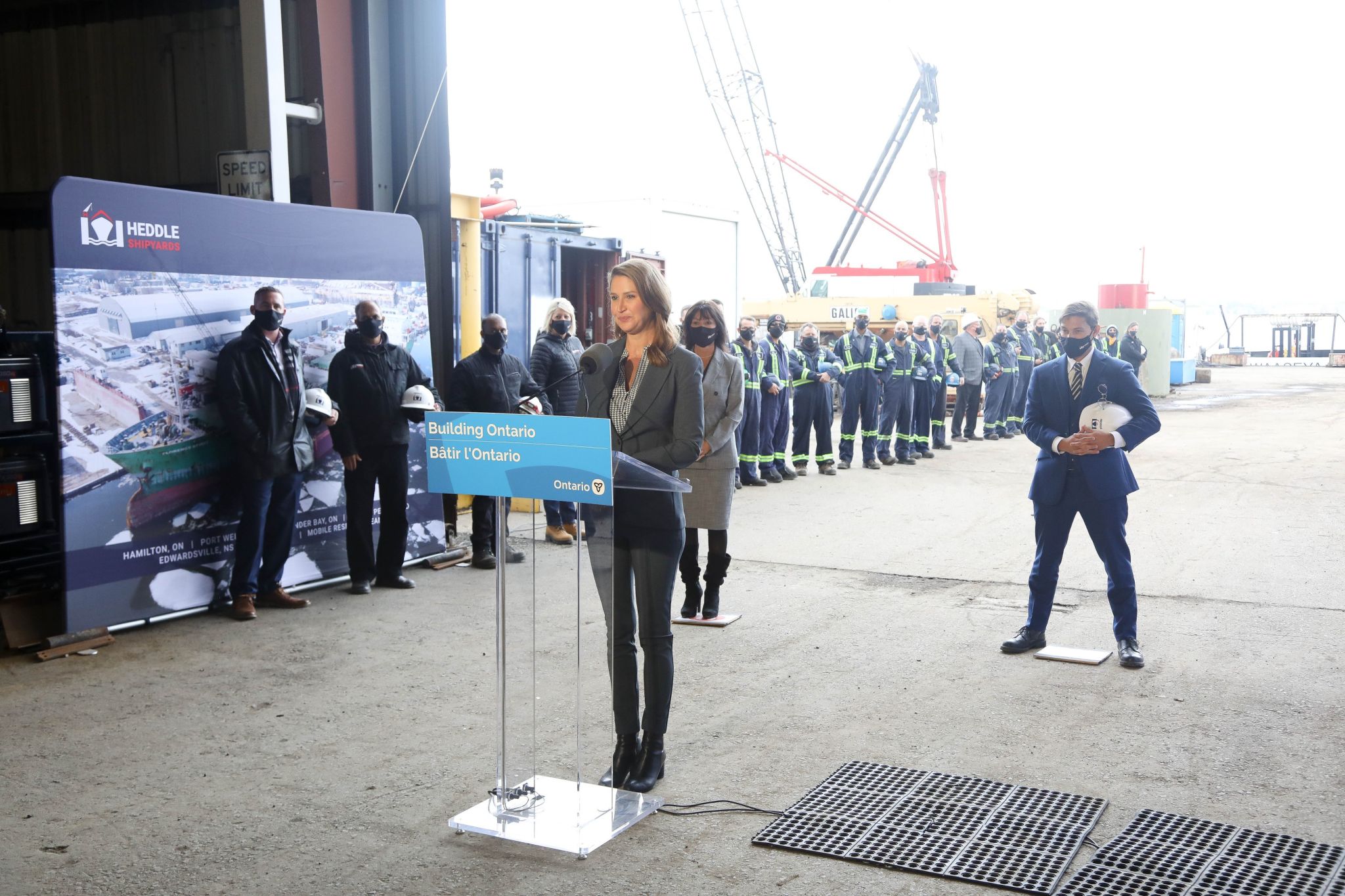 HAMILTON ― The Ontario government is investing $3.3 million in a new ferry for the Simcoe Island community to ensure residents and visitors have reliable access to the island, and more opportunities to participate in the regional economy. The ferry will be built by Heddle Shipyards in Hamilton and will help support up to 24 local jobs during construction.

“By delivering a brand-new made-in-Ontario ferry for Simcoe Island, our government is fulfilling its promise to deliver transportation that the island community needs,” said Caroline Mulroney, Minister of Transportation, on October 28. “Building this new ferry in Hamilton will also drive regional economic growth and support good local jobs. Our province takes pride in its skilled workers, and we are excited to see the build and fulfillment of this vessel by Heddle Shipyards.”

The building of the Simcoe Island Ferry will also spur economic growth in the region by contributing approximately $2 million of real GDP in the shipbuilding and supply-chain industries in 2021-22 alone, with further benefits to be realized as the project progresses.

“Heddle Shipyards is extremely grateful to Minister Mulroney and the Ontario Government for their commitment to shipbuilding in this province,” said Shaun Padulo, President of Heddle Shipyards. “The Simcoe Island Ferry New Build project will create and sustain skilled trades jobs here at our Hamilton Shipyard and is a critical step in rebuilding the capacity of Ontario Shipyards. With the support of the provincial government, we will bring shipbuilding back to Ontario.”

“Hamilton is one of the fastest growing regions in Ontario. To support this growth, it’s critical that we make smart investments that will support workers, families, and businesses,” said Donna Skelly, MPP for Flamborough–Glanbrook. “With Heddle Shipyards in Hamilton being selected to build the new ferry for Simcoe Island, these jobs will help stimulate our local economy immediately.”

The new ferry, which is expected to be in service by late 2022, will allow for the transport of up to three times more vehicles than the current ferry. The new vessel will also be able to carry larger service vehicles, such as fire trucks and vehicles required for maintaining roads and infrastructure.

“Ferries are a vital link that help people on Simcoe Island get to where they need to go,” said Daryl Kramp, MPP for Hastings–Lennox and Addington. “The recent arrival of the hybrid-electric Wolfe and Amherst Island ferries in Ontario, and the addition of a new ferry for Simcoe Island, demonstrates our government’s commitment to providing sustainable and efficient transportation for local communities.”

The province will pay the total cost of the new Simcoe Island Ferry and the Township of Frontenac Islands will be responsible for operating its service. (photo of Caroline Mulroney: Heddle Marine)