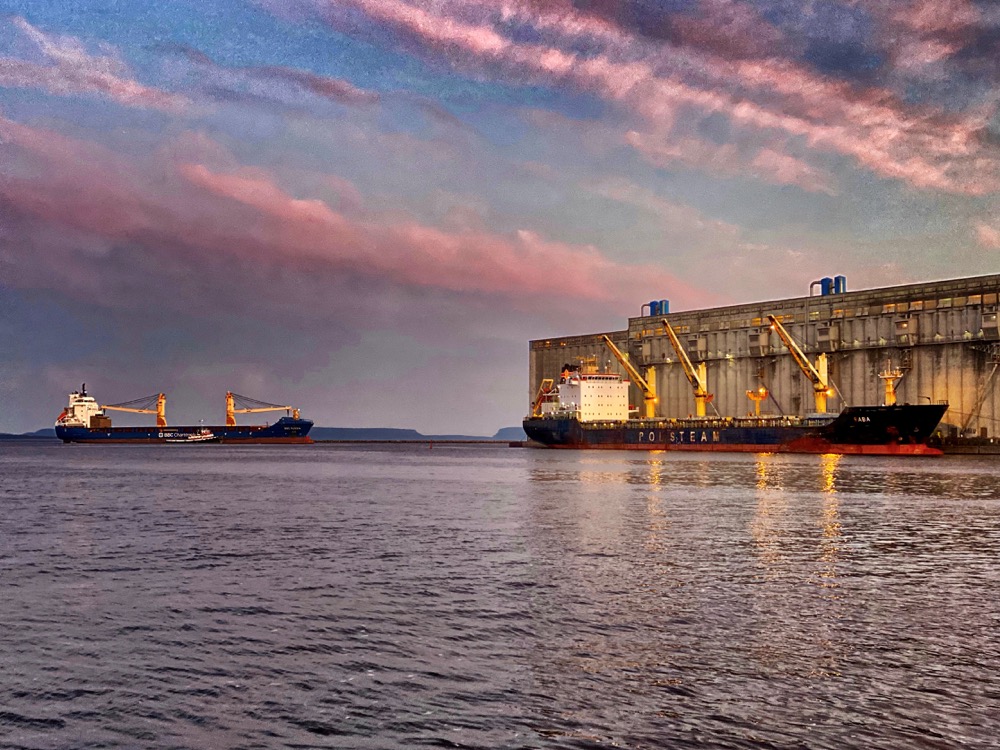 The St. Lawrence Seaway reported that cargo tonnage from April 1 through June 30 through the bi-national transportation corridor totaled nearly 11.7 million metric tons.  While these volumes are down 8 per cent compared to the same time period in 2019, cargo shipments improved in June – narrowing the year-over-year decline.

“Canadian grain exports through our trade corridor accelerated in June but we also saw improvements in shipments of construction materials such as stone, cement and gypsum as COVID-19 restrictions continue to be lifted,” said Terence Bowles President and CEO of The St. Lawrence Seaway Management Corporation. “That being said, steep declines in shipments of steel-making materials and petroleum products remain, reflecting the challenges faced by the manufacturing and energy sectors. There is still a way to go for recovery.”

Year-to-date Canadian grain exports continued to flourish, up 11.26 per cent from the same time period in 2019.

The Port of Thunder Bay is benefitting from the grain demand in Europe and the Middle East; year-to-date shipments of grain totaling 3.3 million metric tons are 35 per cent above the five-year average. The Port expects to see these above-average grain shipments continue through the summer.

“One benefit of the increase in grain volumes is that shippers start to build efficiencies into the system, incentivizing them to continue using the system in future periods,” said Tim Heney, Chief Executive Officer at the Port of Thunder Bay.

The Hamilton-Oshawa Port Authority (HOPA) is also beginning to see some commodities rebound into positive growth territory within their network of ports, such as gypsum, finished steel, fertilizer and potash for use on southern Ontario farmland. The year-to-date totals for these agricultural-sector commodities were up about 9 per cent through June compared to the same period last year.

“The fact that we are seeing more fertilizer coming through the ports of Hamilton and Oshawa is a good signal of confidence in the region’s agricultural production going forward,” said Ian Hamilton, HOPA Ports’ President & CEO. “We expect to see this translate into accelerated exports of Ontario grain and soybeans later in the season.”

Marine cargo volumes at the Port of Johnstown for the first half of 2020 are up 12 per cent over the same period last year.

“We have seen increases in road salt shipments as municipalities in Eastern Ontario and Western Quebec stockpile after the winter.  We have also had a large shipment of aggregate,” says Robert Dalley, General Manager for the Port of Johnstown, which is located in the Township of Edwardsburgh/Cardinal along the St. Lawrence Seaway.  “For the first half of 2020 we are seeing our revenues a little under 2019, however, with two corn import vessels booked (one for August and one for September) and with the harvest looking like it could be a banner year, we are feeling very positive about our position.”