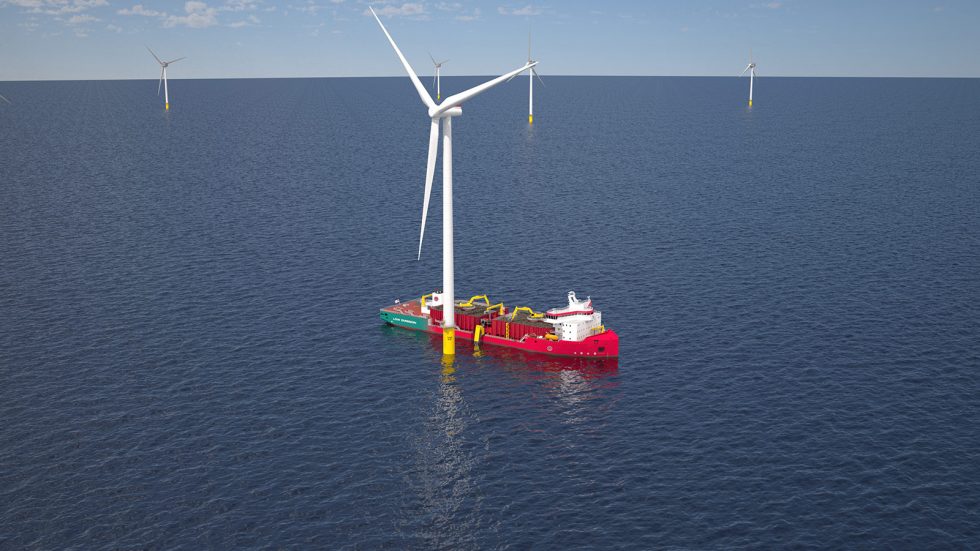 Houston, Texas — Great Lakes Dredge & Dock Corporation (GLDD), the largest provider of dredging services in the United States, announced that Empire Offshore Wind, a joint venture between Equinor and bp have chosen Great Lakes in consortium with Van Oord to perform the subsea rock installation work for the Empire Wind I and II wind farms in the East Coast of the United States. Empire Wind I and II are expected to provide over 2 Gigawatts (GW) of renewable energy to the State of New York.

Great Lakes will use the first Jones Act compliant subsea rock installation vessel, currently under construction at the Philly Shipyard in the U.S., to install rocks to protect and stabilize monopile foundations, electrical substructures, and export cables, starting with Empire Wind I in the mid-2020s and continuing with Empire Wind II. Van Oord will mobilize the flexible fallpipe vessel, Stornes, to install rock prior to the installation of the monopile foundations.

Lasse Petterson, President and Chief Executive Officer at Great Lakes, commented, “The consortium of Great Lakes with Van Oord combines the experience of Van Oord, the global market leader in subsea rock installation, with Great Lakes, the only U.S. marine contractor to invest in building the first Jones Act compliant fallpipe vessel purpose built for the U.S. offshore wind market. This unique combination offered a competitive advantage in terms of experience, equipment availability, local content, and knowledge of labor and regulatory environments in the U.S.”

Great Lakes will be generating local content, employment, and economic activity in the State of New York by purchasing rock from domestic New York quarries, which are in close proximity to the Empire Wind I and II offshore wind farm sites. The Company is working closely with NYSERDA on NY Supply Chain development and will be using the GLDD marine base in Staten Island, New York, for its site operations.

The renewable power generated by the two wind farms is estimated to power more than one million households in New York. This project is considered a flagship offshore wind development, shaping the future of this industry in the United States. Designed to produce renewable electricity to deliver on the state’s climate ambitions, it also creates new opportunities for economic growth and employment for the State of New York.

Eleni Beyko, Senior Vice President-Offshore Wind at Great Lakes, commented, “This award by Equinor and bp solidifies Great Lakes’ entry into the U.S. offshore wind market with a major project award for one of the flagship offshore wind developments for the State of New York. We are very happy to support New York in building a more sustainable future. We have a long track record working with the state and the local unions and supply chains, having executed dredging projects in New York for many decades. Our goal now is to contribute to building the U.S. offshore wind industry, while creating local employment and economic activity in the state.”