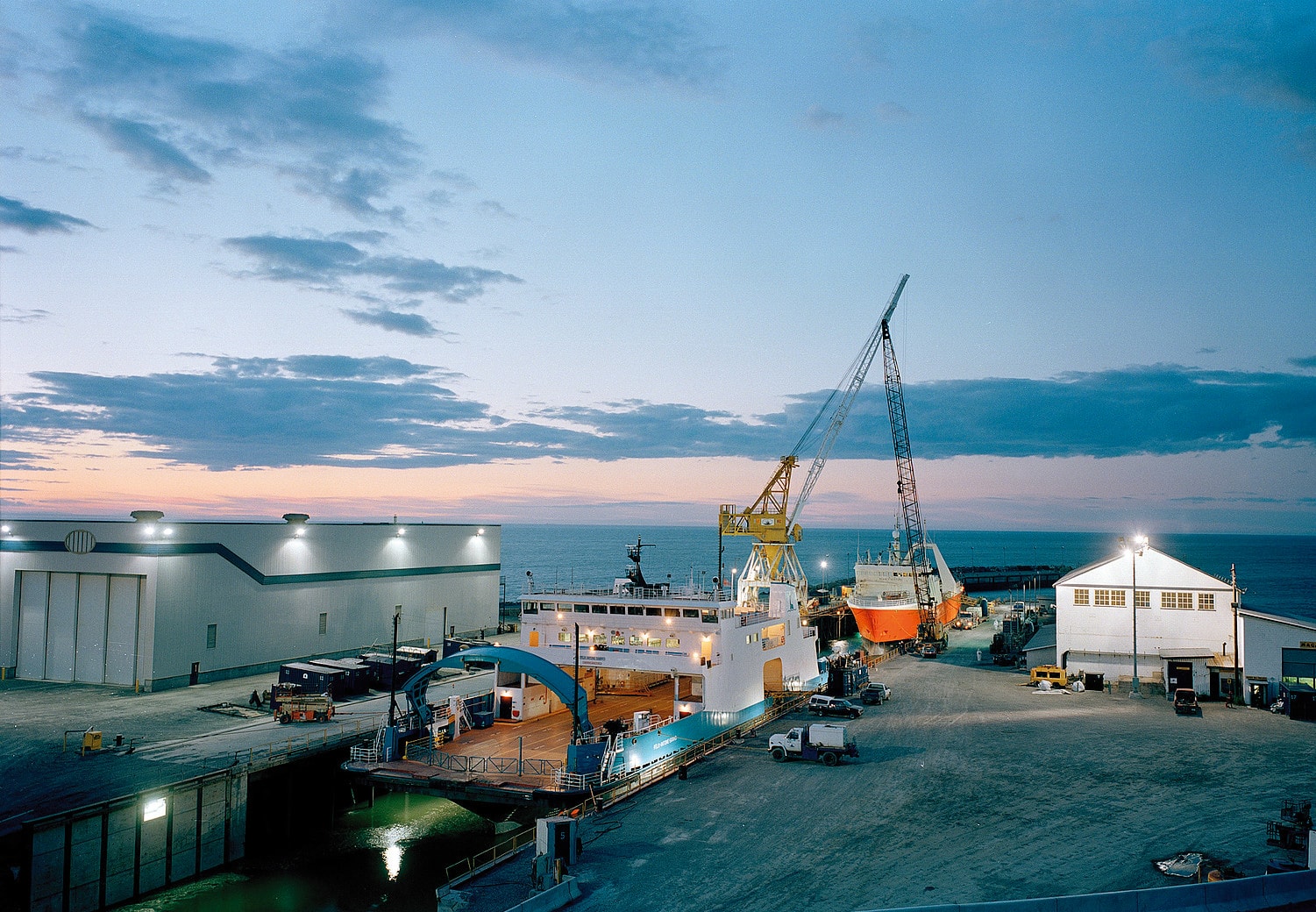 Quebec City – Ocean Group has announced the acquisition of Chantier Maritime Verreault, located in the municipality of Les Méchins, in the Gaspé Peninsula. With this transaction, Ocean Group increases its capacity, enhances its expertise and adds about one hundred competent and committed workers to its workforce.

In doing so, Ocean Group continues to expand in the Canadian and international markets, in addition to consolidating its Quebec roots. In addition, the transaction gives Ocean Group an additional high-capacity site for ship repair and transformation, complementary to its facilities in Les Mechins, Isle-aux-Coudres.

Founded in 1956 by Captain Borromée Verreault, the Verreault shipyard specializes in ship repair and conversion. Considered one of the most efficient shipyards on the eastern part of the continent, the shipyard occupies an important place on the Quebec and Canadian maritime scene. It is equipped with a dry dock 244 metres long and 56 metres wide. Ocean Group is also adding to its fleet the two Verreault tugs that currently provide service at the Les Méchins and Matane docks.

“Combining our expertise with that of the Verreault shipyard is a concrete example of our desire to increase our service offering for the benefit of our clients. The synergy of our respective strengths, the sum of our experiences and the competence of our teams allow us to approach this new milestone in our growth with confidence. For our 50th anniversary, we are giving ourselves all the tools we need to better face the exciting challenges that the future promises,” said Jacques Tanguay, President and Chief Executive Officer of Ocean Group.

Over the years, due to health problems, Denise Verreault, who took over from her father for more than thirty years, had delegated the management of her company to the President and Chief Operating Officer, Richard Beaupré, who declared: “We share the same corporate values and a common vision of the industry with Ocean Group. A vision synonymous with prosperity for our shipyard, where our expertise will be put to good use in the many current and future projects. The best way to envisage the future and the sustainability of our company was certainly to integrate Ocean Group.”

The expansion of Ocean Group activities and service offering will enable it to position itself even more advantageously for the realization of larger-scale projects, particularly those emanating from the National Shipbuilding Strategy (NSN) with the federal government. The group is already a partner of the Royal Canadian Navy and the Canadian Coast Guard, and serves numerous government agencies across the country and internationally.

Ocean Group is a privately held company whose shareholders include the Caisse de dépôt et placement du Québec and the Solidarity Fund QFL. Headquartered in Quebec City, the company operates primarily in Québec, Ontario, Alberta, British Columbia and the Caribbean. More than 1,000 employees carry out a multitude of projects in the three main complementary sectors of activity offered, namely shipbuilding and repair, port towing, and transportation and rental of specialized marine equipment and dredging. Photo: Verreault Navigation

For a recent special report on Ocean Group, visit HERE