By Leo Ryan, Editor The Impact Assessment Agency of Canada (IAAC) announced that Jonathan Wilkinson, the federal Minister of Environment and Climate Change, has extended the time limit by 90 days to late November for the issuance of a final decision on the proposed $3 billion Roberts Bank Terminal 2 (RBT2) project by the Vancouver 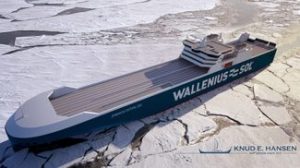 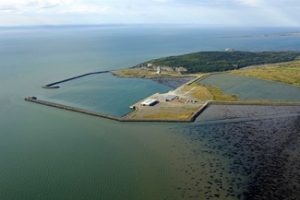 Within the context of the federal government’s 2015 Ports Asset Transfer Program (PATP), the St. Lawrence River ports of Matane, Gros-Cacouna, Rimouski and Gaspé, formerly administrated by Transport Canada, have been transferred to the Québec government, effective March 30. The agreement between the two governments comprises compensation of nearly $150 million from the federal government 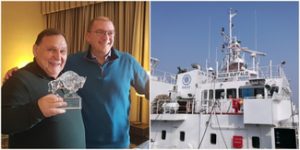 Lugano, Switzerland – NovaAlgoma Short Sea Carriers (NASC), a joint venture of Algoma Central Corporation and Nova Marine Holdings SA, today announced they have taken delivery of the Sider Buffalo, a 6,800 deadweight mini-bulker from the Ningbo Xinle Shipyard  in China. The Sider Buffalo is the first of six new-build mini-bulkers to be delivered by the shipyard 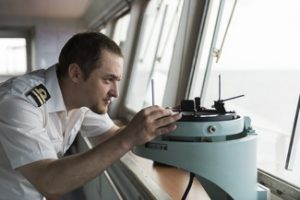 IMO Secretary-General Kitack Lim has asked the United Nations system agencies to support IMO in its request to governments to declare seafarers, port personnel and other crucial maritime workers as key personnel. Mr. Lim made the plea during a virtual meeting (1 April) with other UN chiefs and the UN Secretary-General.  The meeting addressed the 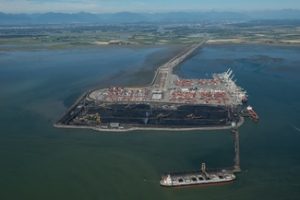 By Leo Ryan, Editor A federal Review Panel report assessing whether to allow the construction of a planned new container terminal at the Port of Vancouver at Roberts Bank has acknowledged its potential competitive benefits for Canadian marine shipping markets and regional employment but has also underscored “significant adverse” effects on the nearby wetlands, fish 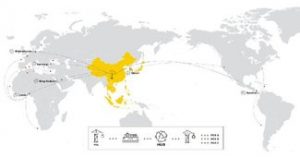 Mediterranean Shipping Company’s new “Suspension of Transit” (SOT) programme is a flexible cargo service that will help to fulfil the imminent resumption of demand from Asia and ensure service continuity. It includes container yard storage in six transshipment hubs across Asia, the Middle East, Europe, Africa and the Americas, ensuring that goods can be shipped 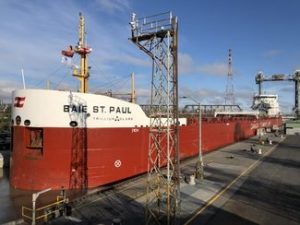 St. Lambert, Québec – The St. Lawrence Seaway Management Corporation (SLSMC) marked the opening of its Montreal / Lake Ontario section today, with the transit of the CSL Baie St. Paul through the St. Lambert Lock. “With the COVID-19 outbreak, we are living in exceptional times. As the 2020 navigation season gathers momentum, we continue to witness a tremendous