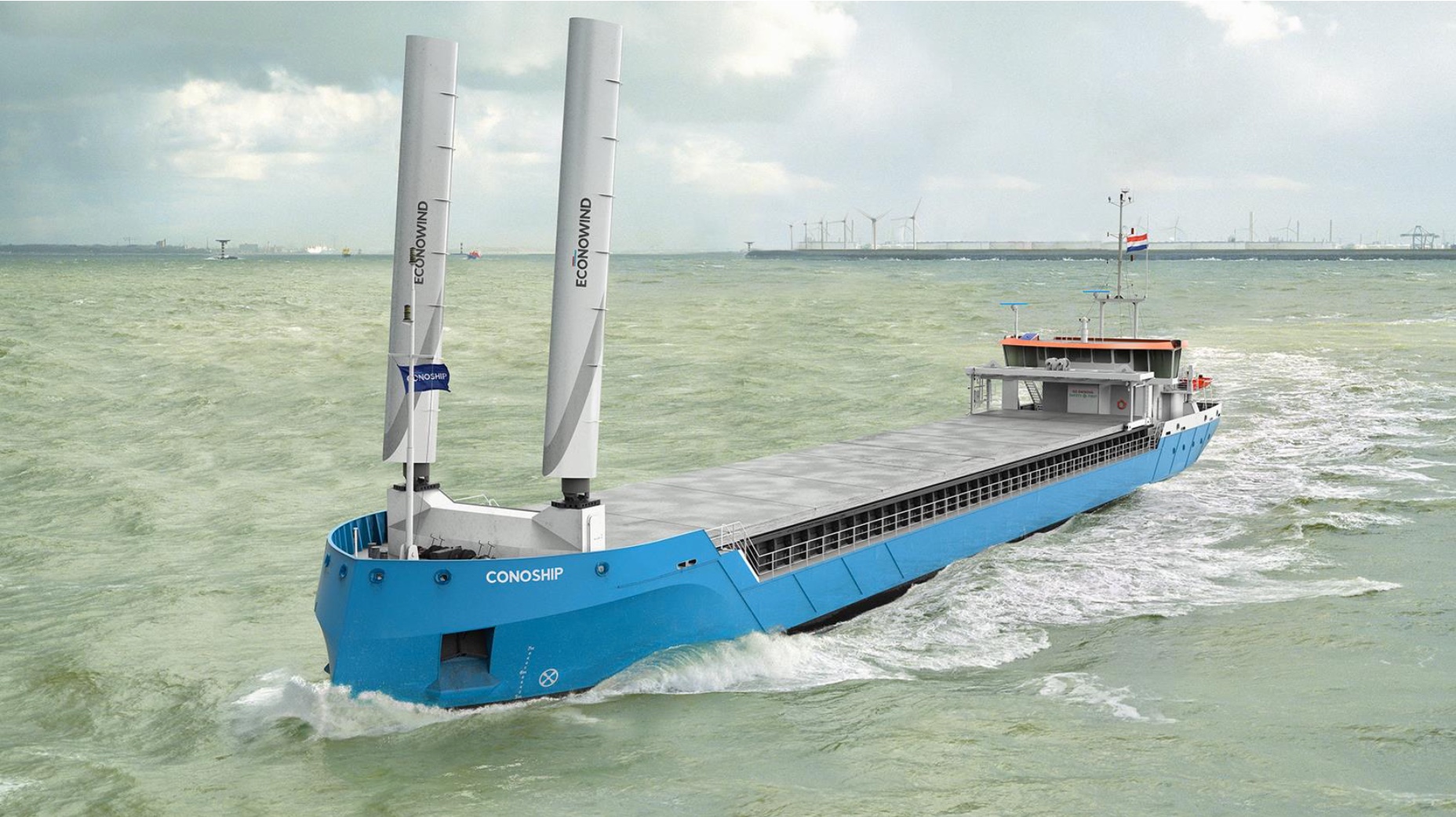 Conoship International Projects (CIP) of Groningen, The Netherlands, announced it has developed the design for a 3,600 dwt general cargo vessel, suitable for sea-river operations. Each vessel will measure 289 feet in length and have a hold capacity of over 180,000 cubic feet.

The construction of this first series of six cargo vessels is planned for spring 2022, while the entire series is expected to be delivered in 2023. The diesel-electric powered cargo vessels will be built at Fosen Yard Emden, Germany.

“We are very proud that this ultra-fuel-efficient cargo vessel is developed according to our philosophy to build in series in the North of Europe,” says Maarten Sickler, Director of Conoship International Projects. “This vessel can be considered the new standard for low-air draught sea-river coasters.”

The project was initiated by Conoship based on extensive market research and working with potential customers and the shipyard that will build the vessels. CIP also actively brokered between finance houses, owners, and shipyards.

In addition to an efficient diesel-electric propulsion system, the vessels are designed with an enlarged propeller in combination with optimized hull lines and a unique stern arrangement. Conoship reports that the design will produce enhanced fuel efficiency and meets phase 3 requirements for the EEDI calculation.

To further improve its performance, the design is also ready for wind-assisted propulsion. The concept includes two rigid foils that would be fitted in the forward area of the ship. The foils would reduce fuel consumption and CO2 emissions by about 10 percent, depending on the sailing route.

Additional elements of the design address future changes in the shipping business. For example, a switch of future fuel types such as liquid hydrogen or ammonia is facilitated by the design arrangement. Conoship notes that the requirements of the future fuels have been taken into account from the beginning of the conceptual design process.

“We are delighted with the order, » says Carsten Stellamanns, managing director of Fosen Yard Emden. “The order is intended to become a flagship project and attract other similar projects to the region.” (Artist rendering image from Conoship)