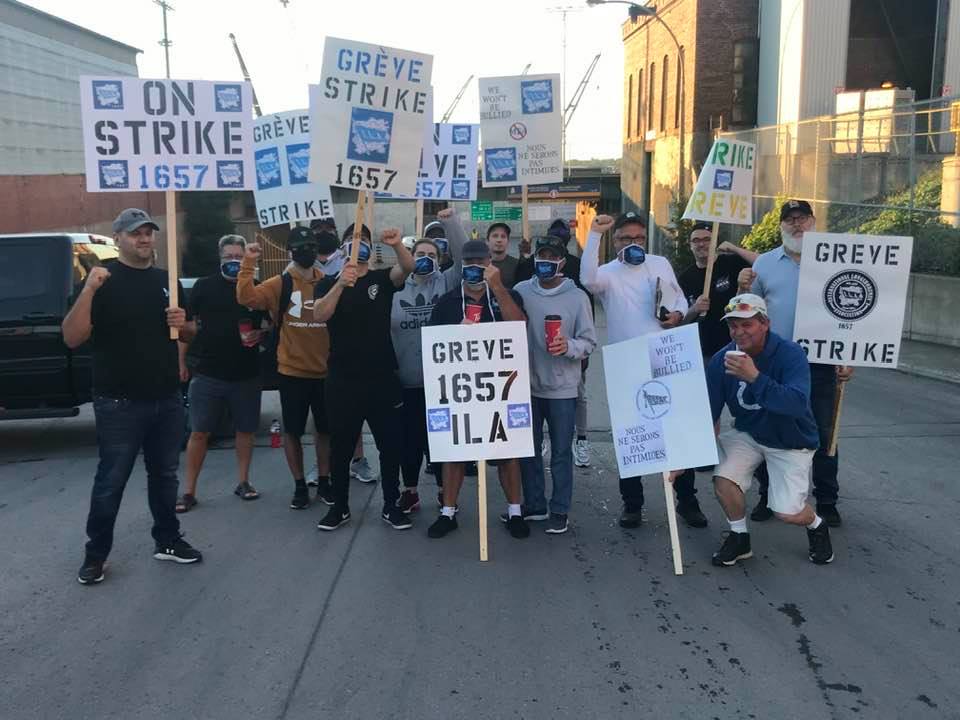 Ocean containerships have begun diverting from the Port of Montreal as rotating  waterfront labour strikes seriously disrupt normal traffic flows at Canada’s second-biggest port. Another new job action is on the horizon for Wednesday – this time by checkers manning pickets.

The escalating conflict between the Maritime Employers Association (MEA) and the CUPE 375 longshore union prompted Mediterranean  Shipping Company to divert two of its vessels, the MSC Veronique and the MSC Sariska to divert to Halifax, with the latter pulling a u-turn off the Port of Quebec. The MSC Veronique arrived on Sunday morning in Halifax where it discharged most of its cargo before proceeding to New York.

Work scheduling issues are at the centre of negotiations which have collapsed for a new collective agreement to replace the one which expired on December 31, 2018.

A decade ago, ocean carriers had also diverted some vessels to Halifax in July 2010 during the last waterfront conflict to hit Montreal and maritime employers locked out dockers.

The current diversions came as more than 1,100 longshoremen today launched a four-day work stoppage at the two container terminals of Termont, which notably serves MSC ships. Last week, the dockers had staged a four-day strike ending on July 31 that impacted all sectors except grain, liquid bulk and the Oceanex shipping service to Newfoundland and Labrador via Bickerdike terminal.

Earlier today, the checkers union, ILA 1657, announced a strike beginning Wednesday, August 5 at 6.59 a.m. and ending on Friday, August 7 – targeting the two Termont terminals (Viau and Maisonneuve). In a previous job action, about 175 checkers staged a one-day strike on July 31 that applied to all terminals except grain, liquid bulk and the Oceanex service.

In a press release, Ian Mulcahy, President of ILA 1657, declared: “On July 24, 2020, the Maritime Employers Association advised the union that the job security provisions in their collective agreement had been cut and that the parties need to make whatever efforts that are at their disposal to negotiate a new collective agreement.

“Checkers can be scheduled 27 out of 28 days before getting a day off and can work multiple shifts within one week. Termont terminal has implemented technology in an effort to eliminate checkers jobs. Checkers coordinate the handling of containers by longshoremen.

“Each container has a specific place on a ship, depending on the loading plan. Checkers give instructions and coordinate the movement of anything that comes in or out by means of trucks, trains and ships.

“The definition of negotiations or to negotiate is a strategic discussion that resolves issues in a way both parties find acceptable. It is not a dictatorship where one party makes all the rules and decisions without input from the other party. The Union contacted the MEA and stated it was willing to go back to the table and negotiate a fair and just agreement, but it requested that the working provisions pertaining to job security be reinstated in order to resume negotiations. The MEA refused the Unions request through the federal appointed mediator.”