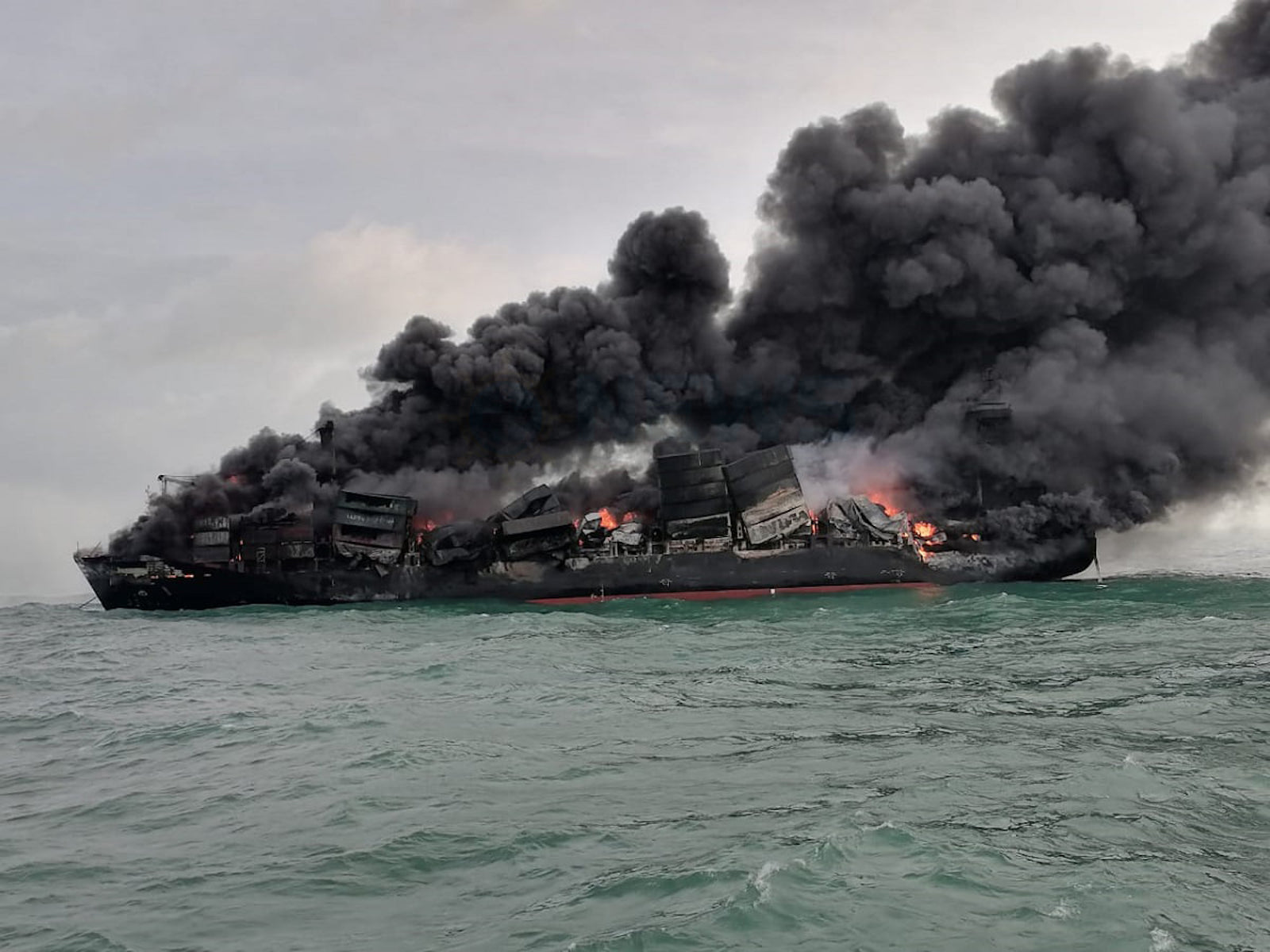 I have always been terribly enthused by Oliver St.John Gogarty’s poem The Ship and its first stanza – “A ship from Valparaiso came/ And in the Bay her sails were furled,/ She brought the wonder of her name/ And tidings from a sunnier world.”

It came back to me last week reading about all the congestion in the liner trades with Covid-19 in the China ports and 400 or so ships swinging around their anchors in roadsteads across the world. My next door neighbour has been told that the new garden furniture he ordered in time for summer will be delivered, if luck is on his side, around the time of the autumn equinox.

It is a salutary reminder that the next time your company’s finance director starts burbling on about Just In Time and the cost of carrying stocks of goods against interruptions in the logistics chain, you should take him outside and shoot him. Or at least issue him with his P45. Congestion or not, you cannot surely grudge the carriers their current time in the sun, after so many years of financial gloom. Rest assured, it won’t last, as they move with alacrity to produce the next containership slot surplus.

But the poem mostly came to my mind reading about peevish complaints by those favoured folk who live on Puget Sound, voicing their outrage at having their sea views spoiled by container ships anchored off as they wait for berths in Seattle and Portland. The noise of their generators irked them no end, while their exhausts were polluting the pristine air. Couldn’t they, it was inferred, go some place else.

I would probably admit that a couple of 15,000-teu monsters swinging around their hooks does not conjure up the same romantic vision as a barquentine inbound from Valparaiso, but it might occur to them that they could need some of the stuff they have in their containers. It might be their new garden furniture, lovingly crafted in some rustic haven up the Pearl River. Selfish blighters. They certainly won’t give a thought to the steel accommodation block amidships and the twenty people living in it. The crew might be enjoying a few days relative rest, the frantic time in port being postponed for a while.

It is a truism that ships today and those aboard them only intrude into the public consciousness when something goes wrong, and then everyone who has never noticed them before is swift to complain. But it is sad that something so important to our lives is so invisible, like the drains. The miserable two-month saga of the containership Ital Libera which ended last week in Italy, spoke volumes about attitudes to those who go down to the sea in ships in 2021. With her dead master aboard, cases of Covid among the crew, the ship was rejected by no fewer than eight countries when they requested leave to enter port and repatriate the corpse of her captain. In the end the operators very decently decided to bring the ship, with both the cargo and her late master, back to Italy.

It is one of the pandemic stories that will, at least among shipping people, probably be imprinted on the memory, long after the world gets back to normal. It ranks alongside incidents of ships being denied medical assistance by coastal states, and the glacial pace of vaccinating seafarers, while taking for granted the goods they carry in their ships. Will the history of this past couple of years even acknowledge the debt owed to the world’s seafarers?

And while thinking of attitudes to requests from ships, and the ease with which problems can be moved on to somebody else’s jurisdiction, it will be interesting to see if any lessons are learned from the ruins of the X-Press Pearl, sitting on the bottom off Colombo as her cargo washes ashore. Two wayports, we are told, refused requests for the container of leaking acid to be discharged, leaving it for the ship, or somebody else down the line, to deal with the problem. Maybe a more robust master would have refused to take the ship to sea and insisted that it was hazardous to do so. But masters aren’t encouraged to be too assertive, these days. If a ship from Valparaiso comes into your bay, move it on, as quickly as possible, before the residents complain about the noise. Photo of the X-Press Pearl courtesy Sri Lanka Ports Authority

*Michael Grey is former editor of Lloyd’s List. This column in his inimitable, candid style is published with the kind permission of the Maritime Advocate Online.