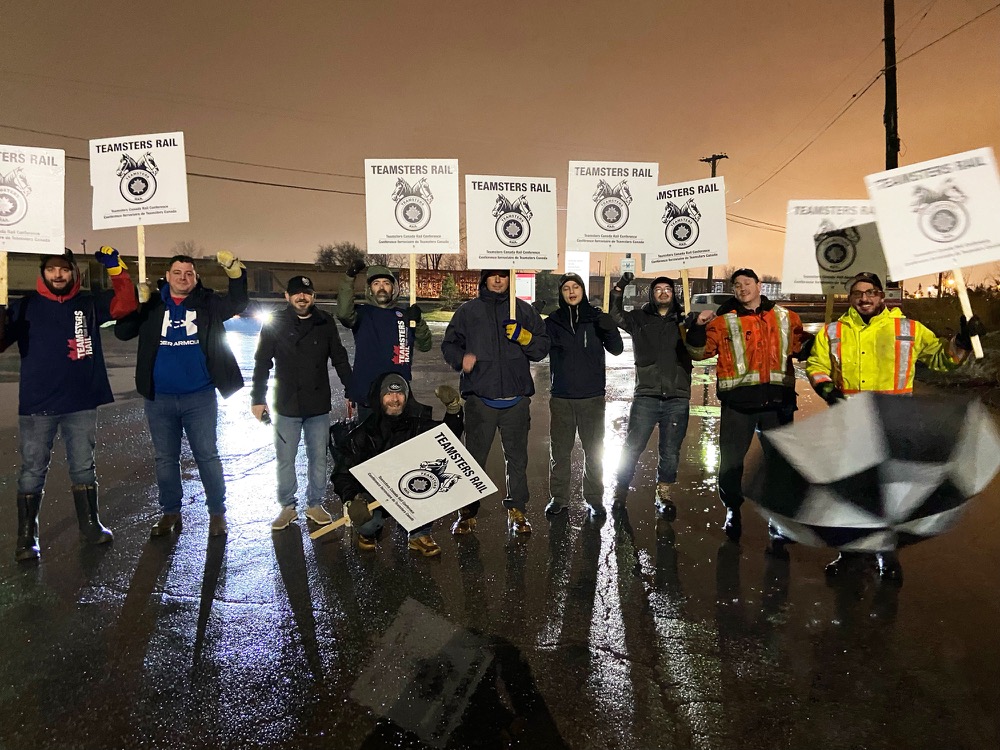 Soon after CP Rail operations shut down early Sunday and several thousand workers headed to picket lines in a confusing situation, Canadian Labour Minister Seamus O’Regan urged the contending sides to reach “a quick resolution.” Amidst the impasse and shutdown, negotiations were nevertheless continuing in the presence of a federal mediator.

« There are always challenges in bargaining, but you push through them to get the agreement you need, » Minister O’Regan said on Twitter. « CP and Teamsters Rail continue their work today. Canadians are counting on a quick resolution. »

Some 3,000 conductors, engineers, train and yard workers are represented by Teamsters Canada Rail Conference (TCRC). They were off the job after the two sides failed to reach a deal before a midnight deadline pointing to either a strike or a lockout.

“Canada cannot afford another disruption for our supply chain,” said Karen Proud, President and CEO of Fertilizer Canada. “Seventy five percent of all fertilizer in Canada is moved by rail. During the lead-up to spring seeding every day, frankly every hour counts.”

Also on Sunday, Canadian Chamber of Commerce President Perrin Beatty urged Minister O’Regan to table back to work legislation immediately – a step the Ottawa authorities have been reluctant to undertake so far but rather to give the negotiating process more time.

« This work stoppage will have a deep and adverse impact for all Canadian businesses — both big and small — who rely on rail for their supply chain, » Mr. Beatty said. « This severe damage to Canadian supply chains at a time of heightened global uncertainty will extend beyond our borders and harm our reputation as a reliable partner in international trade. »

Canada’s supply chains are already being negatively impacted by a combination of factors:  the continuing effects of the COVID-19 pandemic, the recent trucker convoy protests blocking border crossings, and now with the effects, notably on global fuel supplies, of the Russian invasion of Ukraine. Persistent congestion at the Port of Vancouver offers a prime example.

The railway and union blamed each other for causing the work stoppage while still talking with federal mediators. Last Wednesday, CP had set a 72-hour deadline for a deal to be reached to avert a lockout. (TCRC photo of workers at St-Luc station when lockout began)