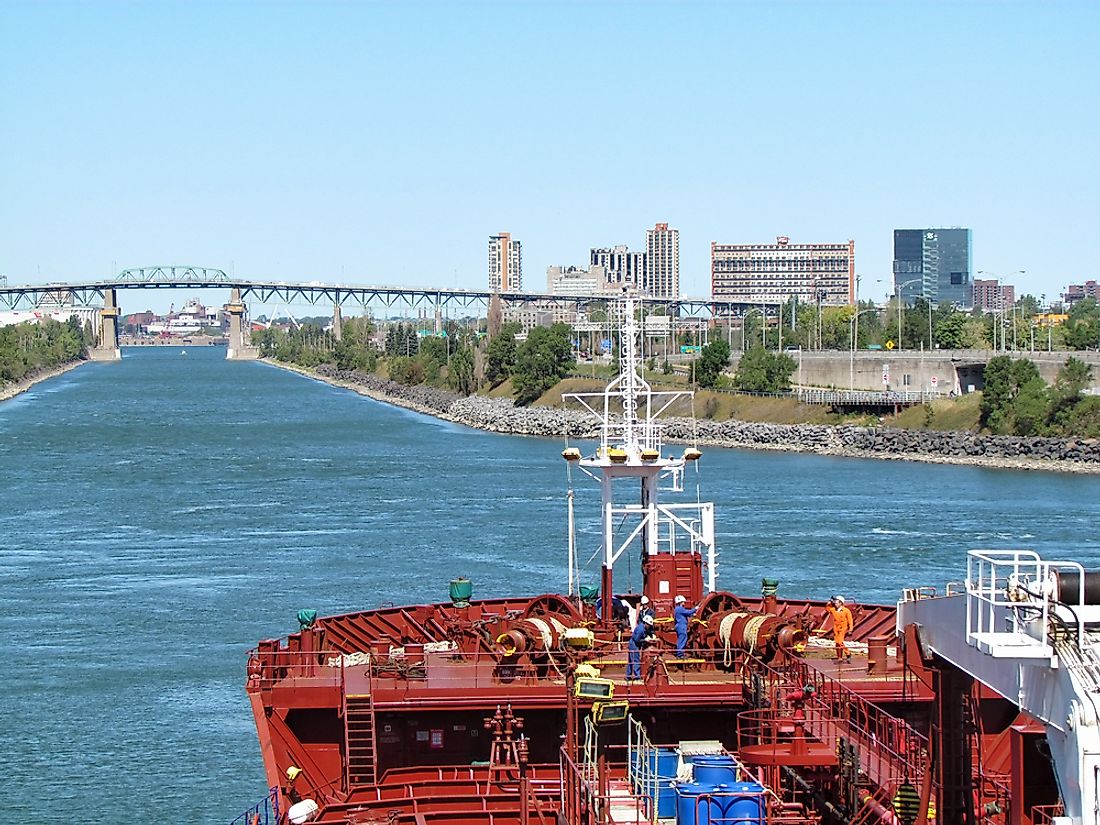 Demand for construction and manufacturing materials via the St. Lawrence Seaway and at Canadian ports boomed in May as industries across the Great Lakes-St. Lawrence Seaway region continued to regain their footing from the COVID-19 pandemic.

Overall cargo shipments through the St. Lawrence Seaway (from March 22 to May 31) totaled 8.1 million tonnes — buoyed by dry bulk materials, steel and grain exports. This was under one percentage point below last year for the period.

Within the dry bulk category, cement and gypsum shipments totaled more than 776,000 tonnes, up 51 per cent over the same period in 2020. The cement is being used for residential and commercial construction as well as transportation and infrastructure throughout the region. Gypsum is used in ceiling tile manufacturing.

“There’s been a lot of cross-border trade between the U.S. and Canada this season as companies use Great Lakes-Seaway ships and benefit from the high reliability of our locks to transport cement throughout Ontario, Quebec and the eight Great Lakes states,” said Terence Bowles, President and CEO of The St. Lawrence Seaway Management Corporation. “Iron ore shipments remain up 7 per cent, feeding domestic steel production, and specialty steel from Europe is in high demand from manufacturing customers.”

General cargo shipments through the Seaway were up 36.7 per cent through May compared to this time in 2020; 23 per cent above the five-year average. General cargo in May was driven by steel imports from Europe being used in Ontario and U.S. Great Lakes cities for auto parts, batteries, construction and appliance manufacturing.

Canadian grain volumes are down 4 per cent as the Prairie grain carry-over from last season begins to run low, however, this is being partly offset by Ontario-grown exports. Grain shipments are still 14 per cent above the five-year average.

Tim Heney, President and CEO of the Port of Thunder Bay, added: “We also received inbound phosphate fertilizer for Prairie grain farms.  The second such shipment handled in Thunder Bay, following a successful inaugural shipment in 2020.”

In these early months of the 2021 shipping season, the Hamilton-Oshawa Port Authority (HOPA) saw a notable surge in bulk and project cargoes, feeding residential construction and urban development projects around the Greater Toronto-Hamilton Area.

In May, Hamilton Port saw almost 1.2 million tonnes of cargo and Oshawa saw almost 100,000 tonnes, both led by steel, cement, sand, stone and aggregates. The total number of vessel visits in both ports were up significantly, resulting in each port’s year-to-date tonnages up 60 per cent and 113 per cent (respectively) from the same time last year.

“The construction sector is heating up across the Greater Toronto-Hamilton Area, and we’re seeing that demand for construction materials reflected in our very healthy cargo results,” said Ian Hamilton, President & CEO of HOPA Ports.

New projects are getting underway to build capacity in Oshawa, including dredging Oshawa Harbour. On the other side of Lake Ontario, progress is underway at Hamilton Port to create a localized cluster of agri-food tenants at Pier 10, feeding Hamilton’s billion-dollar agriculture and food processing industry. At Pier 14, the Westport Modernization continues with new infrastructure upgrades for tenants along Sherman Ave. N.

The Windsor Port Authoritycontinues to have a strong start to the shipping season as steel, construction materials and grain are all up. Thanks to local construction and manufacturing projects, steel is up 50 per cent through May, and cement, aggregates and liquid asphalt are up 22.8 per cent largely driven by the Gordie Howe Bridge construction. Grain is up 8 per cent with canola from the prairies up 52 per cent.

May was also a good month at the Port of Johnstown, which welcomed imports of salt (58,000 tonnes), calcium chloride (5,000 tonnes), a windmill blade for Nation Rise Wind Energy project via The Symphony Star and exported aggregate (27,000 tonnes).

The Port’s Grain Export Project, totaling $12.5 million, is nearing substantial completion. This is an important project that will result in faster loading of vessels, cutting vessel time at the docks and reducing emissions and berthage fees. (photo of a ship approaching the entrance to the Seaway at the Saint-Lambert lock: Shutterstock)