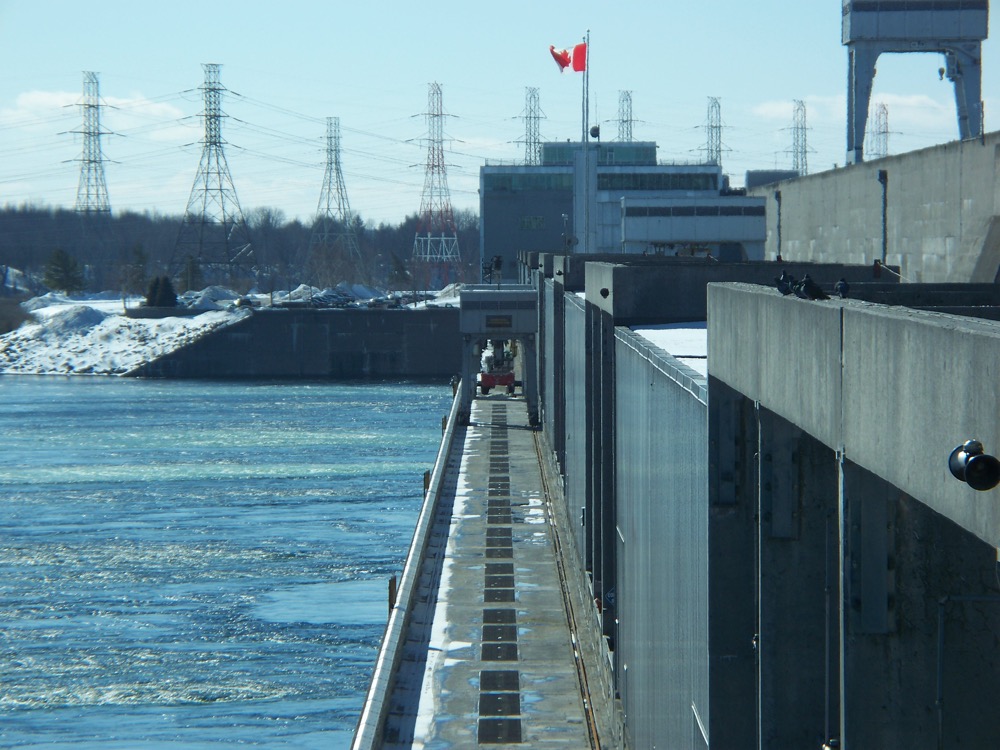 Ottawa, ON – Closing the St. Lawrence Seaway in December to accommodate higher water outflow at the Moses-Saunders dam, as called for by some resident groups, would cost the Canadian and U.S. economies $250 million/per week, according to the Chamber of Marine Commerce. Such a move would impact farmers’ grain exports, manufacturing plant operations and disrupt deliveries of fuel, construction materials and road salt for winter safety to sites throughout the region.

The CMC said it issued comments to provide a wider context of the economic repercussions related to calls to increase the water outflow at Moses-Saunders dam to levels that would be unsafe for navigation and in effect halt shipping on the St. Lawrence Seaway during December.

Increasing outflows above the safe navigation limit to the highest levels possible would lower Lake Ontario levels less than four centimetres a week. In a closure situation, it would take more than two weeks to clear ship traffic and removal of buoys duties before outflows begin. Ice conditions could also prohibit maximum levels. This negligible reduction would come at a huge cost to commercial navigation.

« We have the greatest sympathy for Lake Ontario and the St. Lawrence River residents and business owners that have been impacted by flooding due to unprecedented weather conditions. This situation has also cost our supply chain millions of dollars, » said Chamber of Marine Commerce President Bruce Burrows. « Halting St. Lawrence Seaway shipping altogether would cause major harm to our economy and achieve no noticeable benefit for flooding victims. We call on the IJC and government leaders to collaborate with affected stakeholders to find solutions that look at shoreline resiliency, flood management zones and what can be done during the winter when the St. Lawrence Seaway is closed to navigation. «

According to the CMC, the costs of stopping commercial navigation at this critical point in December will significantly affect industries that have organized their supply chains around the Seaway’s shipping season. Even if companies were able to find alternative transportation (with this very short notice), this would cost considerably more and force huge volumes of cargo onto thousands of trucks at the detriment to the environment and road congestion.
Steel mills load up on iron ore pellets and coal at season end and are normally at critically low levels by the beginning of April.

The fall is the busiest grain export season right up to the end of December, and by March the elevator systems are normally full and pushing for Seaway vessels as soon as the system opens.
U.S. and Canadian communities move road salt in large volumes at the end of the season and again at the opening, as their inventories often struggle to make it through an entire winter.

« Any disruption to St. Lawrence Seaway shipping will have an impact on the Canadian grain industry, including Prairie farmers, who are already experiencing the harvest from hell, » stated Wade Sobkowich, Executive Director of the Western Grain Elevator Association. « Grain exporters make sales six, nine and even twelve months in advance. They are contractually obligated to execute on sale contracts and a premature Seaway closure would result in costly contract defaults and grain sitting in Thunder Bay until the opening of navigation in the spring. We are concerned that delayed shipments due to a scheduled Seaway closure could rekindle customer concerns about Canada’s ability to supply product. »

Ian Hamilton, president and CEO of the Hamilton-Oshawa Port Authority cited the example of steelmaker ArcelorMittal Dofasco, which is expecting to ship 200,000 metric tons of iron ore pellets from their mines in Quebec to Hamilton in the month of December to sustain operations through the first quarter of 2020. « Closing the St. Lawrence Seaway season early would be the worst possible scenario. The final weeks of the year are among the busiest at the ports of Hamilton and Oshawa. In 2018, approximately 66 ships carried a million metric tons of cargo through Hamilton and Oshawa in just the last 20 days of the year. Manufacturers are stockpiling raw materials for winter operations. »  Photo Wikipedea Ceedub13