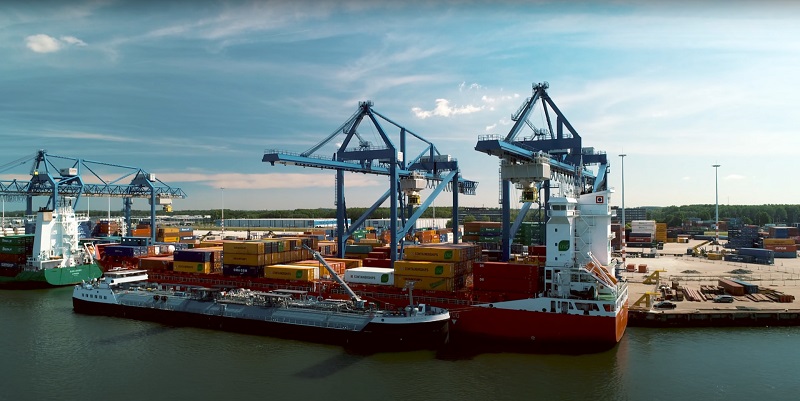 France’s CMA CGM Group and Shell have performed the first Bio-liquefied natural gas (LNG) bunkering trial in Rotterdam. The 1,400TEU LNG-powered vessel Containerships Aurora was bunkered by Shell with a nearly 10% blend of low carbon Bio-LNG. The vessel received around 219 tonnes of LNG, 20 tonnes of which were Bio-LNG.

Carried out by the barge LNG London at the Rotterdam Short Sea Terminals (RST), the bunkering operation was successfully conducted by means of a ship-to-ship transfer while Containerships Aurora completed cargo operations simultaneously.

The French carrier said that the results from the trial will give the maritime sector a vital demonstration into the scalability, sustainability and technical compliance of Bio-LNG, which is produced from agricultural and industrial food waste.

In addition to this new milestone in the use of Bio-LNG for shipping, CMA CGM supported in 2021 the production of 25,000 tonnes of biomethane, which is equivalent to a year’s fuel consumption of four 1,400TEU LNG-powered ships, to further accelerate the availability to a wider market.

General Manager of Shell Global Downstream LNG, Tahir Faruqui, affirmed that LNG is the first integral step to decarbonise the shipping sector. « LNG offers immediate emissions reduction and has the potential to become a net-zero emission marine fuel given the possible roles of Bio-LNG and synthetic LNG.”