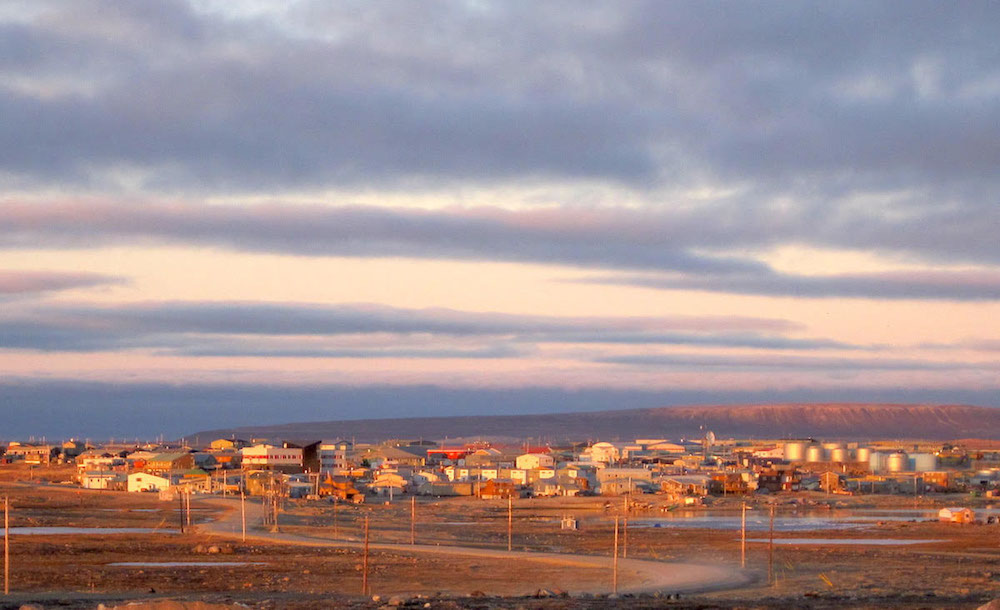 To give you a taste of the new edition of Maritime Magazine (98), currently under press, here is the new Arctic column from our specialist in northern affairs, Carroll McCormick. Cambridge Bay photo above: Jane George

Arctic housing leaves much to be desired, and there are not nearly enough family homes to go around. “There is a crying need for more housing. We have groups of 10-15 people living in one place. There is serious overcrowding,” says Marla Limousin, Chief Administrative Officer, Cambridge Bay.

Determined to remedy this, Cambridge Bay, near Nunavut’s western border, has designed two intriguing homes it will begin manufacturing next year. “The idea of the small home/smart home was conceived when, as the housing crisis was discussed during a meeting of the Mayors Youth Advisory Council a member stated that he had never slept in a bed,” Limousin says.

“We are working on two models. One, a detached, two-bedroom and about 680 square-foot single-family house, meets the need for homeownership and affordable housing. The other we refer to as a “pod”. It has four units and will [serve] the social housing market; for example, mental health, youth groups, and elders. They join to a central building and share a mechanical system, laundry facility and storage facilities. This central area has an open space that can be adapted for meetings, socializing and workshops. We consider this pod an intergenerational space where we can bring different people together to support each other, as is the Inuit way,” Marla  Limousin explains. 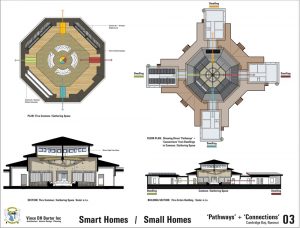 According to a 2019 CBC report, around 5,000 people in Nunavut are waiting for public housing and half of the territory’s 38,780 souls live in overcrowded homes.

Mason White, University of Toronto Faculty of Architecture, Landscape and Design, and Lola Sheppard, University of Waterloo School of Architecture, in an essay titled Arctic Architecture: Standards, Experiments, and Consensus, for the 2019 book Canadian Modern Architecture: 1967-Present, discuss the history of permanent structures in the Arctic during what they term the “internal colonialism” of the North. They describe housing designs introduced since the1950’s as “ grossly insensitive to the Arctic’s unique social structures and harsh climate.”

They include a prefabricated plywood unit called the “matchbox” – a stingy dwelling of less than 300 square feet. Another was named the 512 – referring to its footprint. “Evidently, the intent was to provide only the minimum structure and space that might qualify as shelter. The matchbox and the 512 became a unit-by-unit colonial force that created significant social and cultural problems that continue today,” White and Sheppard write.

When I commented on the pitiful fit of so much of Northern housing to the climate, Limousin’s first words were, “Yes and [it] stems back to the unsuitable style for extreme climates they built in the 1950’s – it is just insane.”

Mumilaaq Qaqqaq, Liberal Member of Parliament for Nunavut, has posted photographs on Facebook of homes showing peeling paint, mold, water damage, and worse. “The infrastructure is horrific,” she writes.

Mr. White wrote to me, “Housing in the North among Inuit is an urgent matter, which has the potential to improve all aspects of life and society.”

Cambridge Bay’s vision is exciting, comments Ms. Limousin. “The detached home is sized and priced for a small family to enter the housing market. Our target has been for it to cost under $200,000. It was [conceived of] really to kind of keep our youth in the community. They go south to school and we want them to come back but they don’t because they [cannot] live independently.

“Each detached home has two bedrooms, each with two built-in double beds. We put a Murphy bed in the living room. If relatives sleep over there is a bed for them … Many people are couch surfing because of overcrowding. They are considered the hidden homeless.”

The pods’ roundish central space reflects Elders’ desire for the igloo shaped houses that Inuit built. The independent units that attach to the central pod, each facing 90 degrees away from the next, respect people’s desire to not live side-by-side – a cultural problem with plexes.

And by manufacturing the homes, Cambridge Bay will create employment, keep money in town and give Inuit the pride that comes with designing and building their homes themselves.